The initial idea was to create a 90 second movie preview ad for local theaters for the Office of Emergency Management. The classic story of emergency management is “The Three Little Pigs.” But what if we made a southwest version of this using sheep? Sheep are the stock-in-trade of the Navajo tribe, the majority population of the area we were serving. We have Papa Sheep with his black 10 gallon hat and concho belt. We have Mama Sheep with her Navajo Squash Blossom necklace and velvet skirt, and their cute little lamb; these are definitely native sheep. Instead of a wolf, we have the crazy Blue Heeler Sheep Dog, who has taken the task of getting the sheep sheered way too seriously.

The action unfolds as the crazy Sheep Dog chases each sheep into typical Navajo structures of safety: the Lamb runs into the Native Shade House (house of straw), a mobile home (house of sticks), and the traditional Navajo Hogan (house of brick). And the dog uses various natural disasters indicative of the reservation to “blow down” each house: he uses fire to burn down the shade house, he opens a calendar to April to unleash the harsh, southwestern spring winds, and then he creates a mudslide to try to destroy the hogan. All with the message to “avoid a close shave”—have a plan. Be Prepared before disaster strikes.

The movie ad was such a hit with the locals that it grew into a full, multi year campaign with billboards, ads, t-shirts, posters, and Preparedness Events. 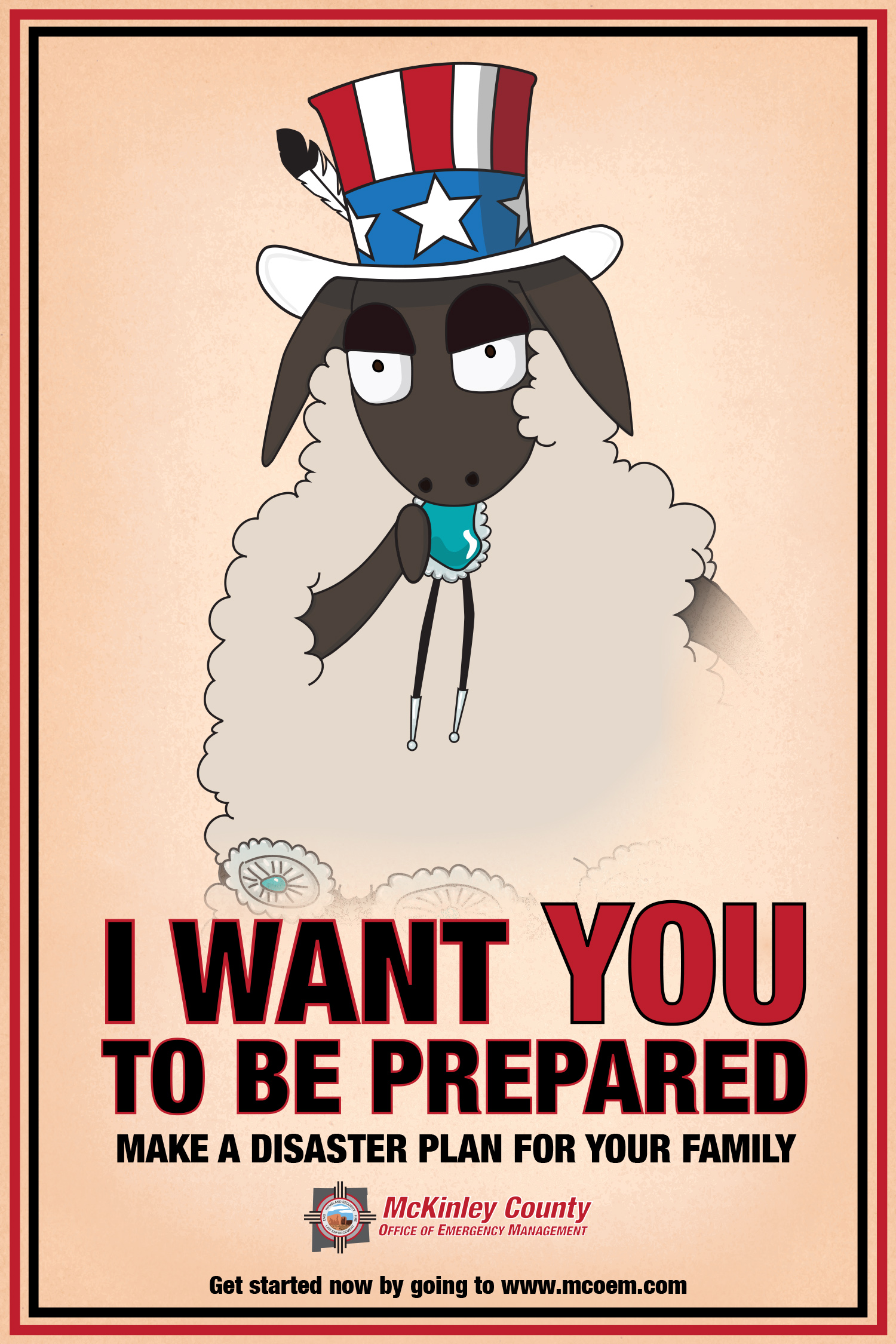 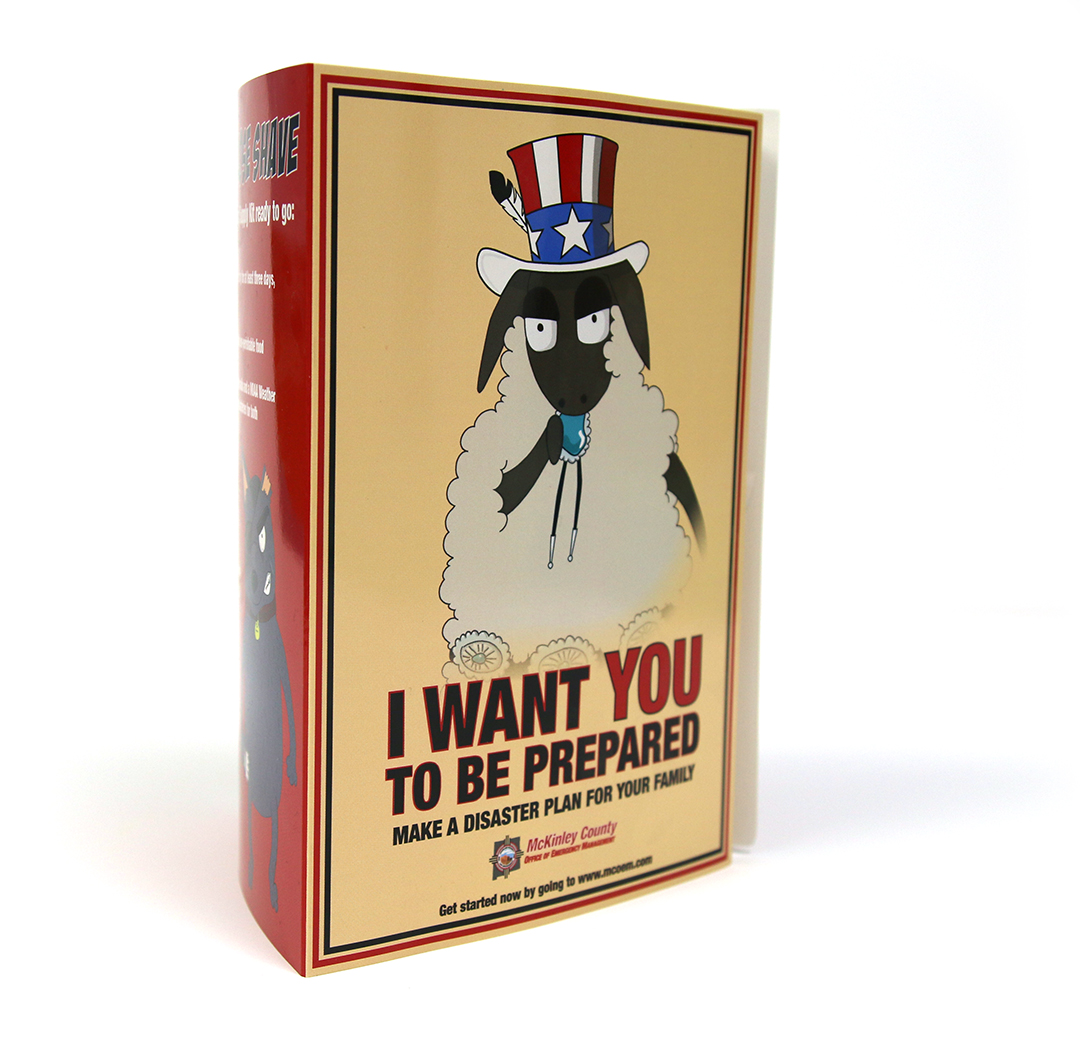 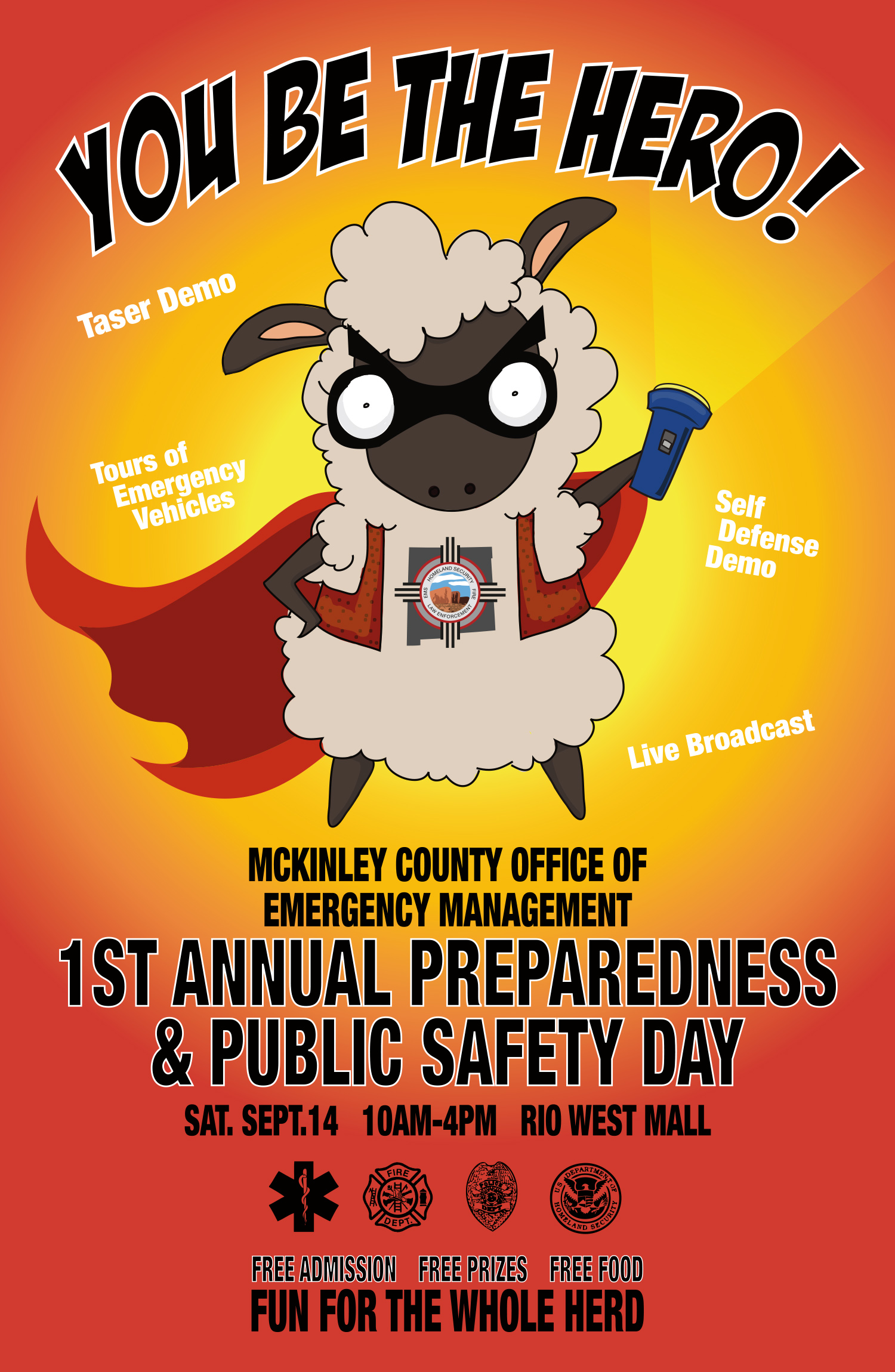 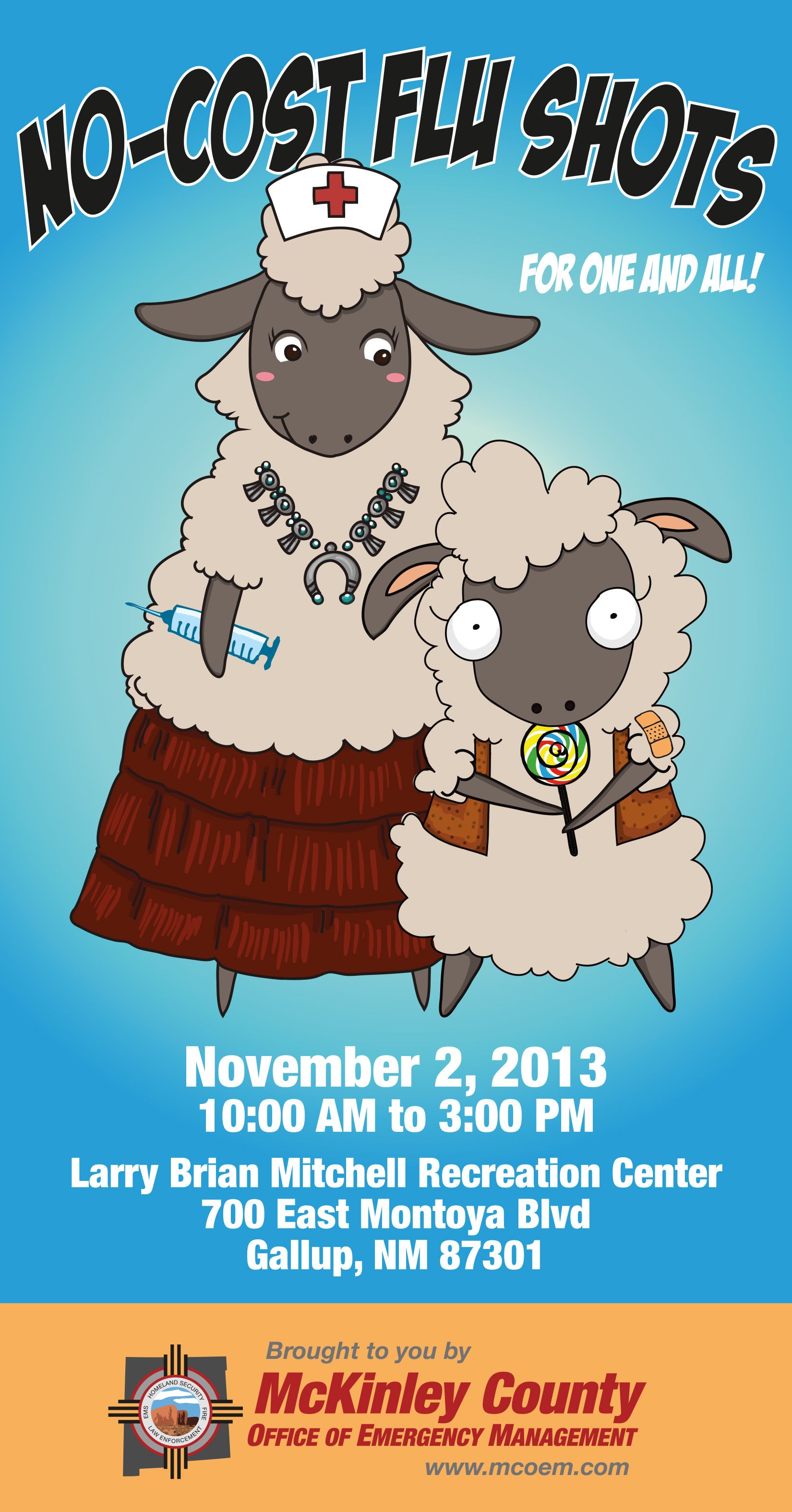 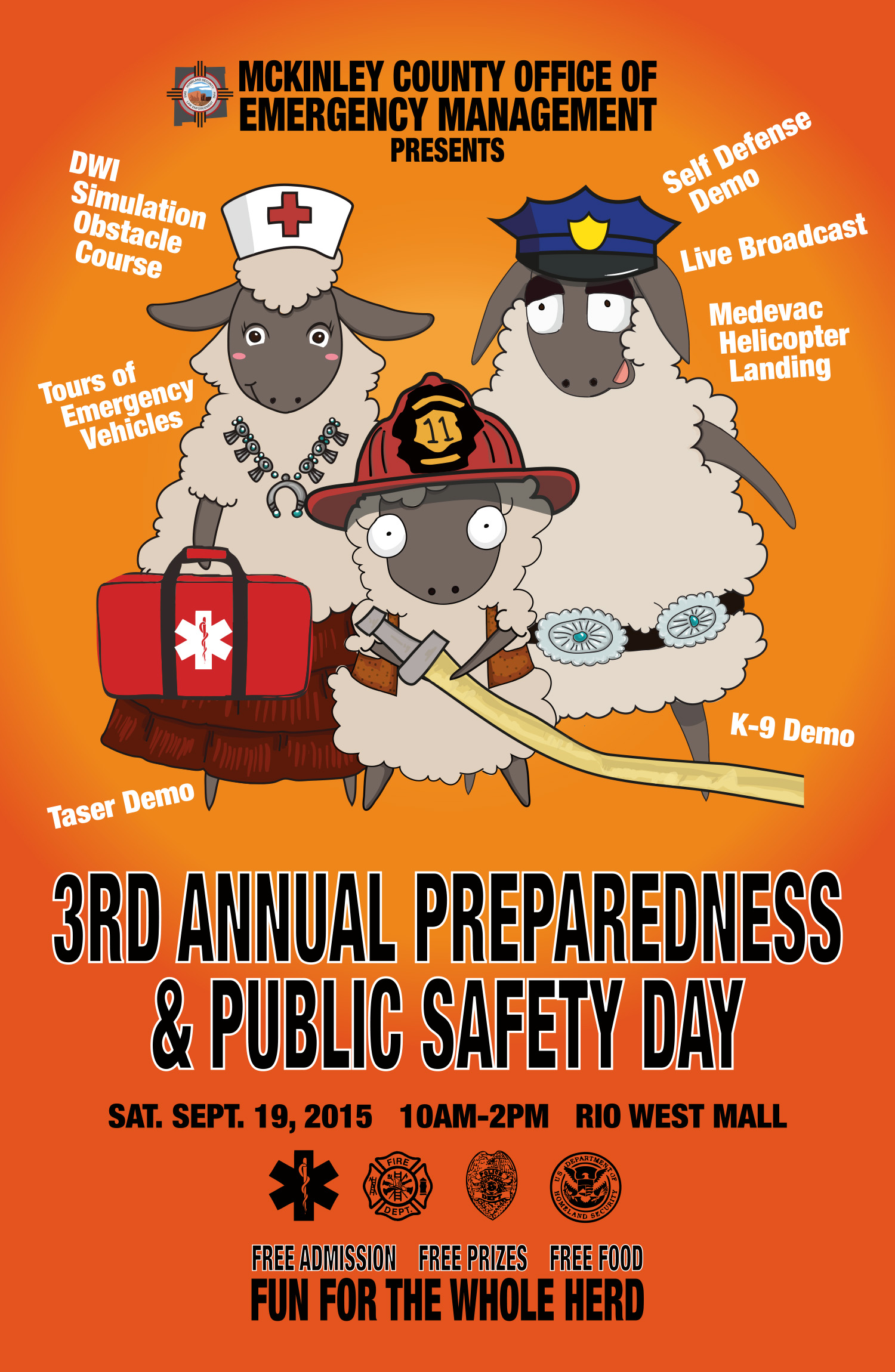 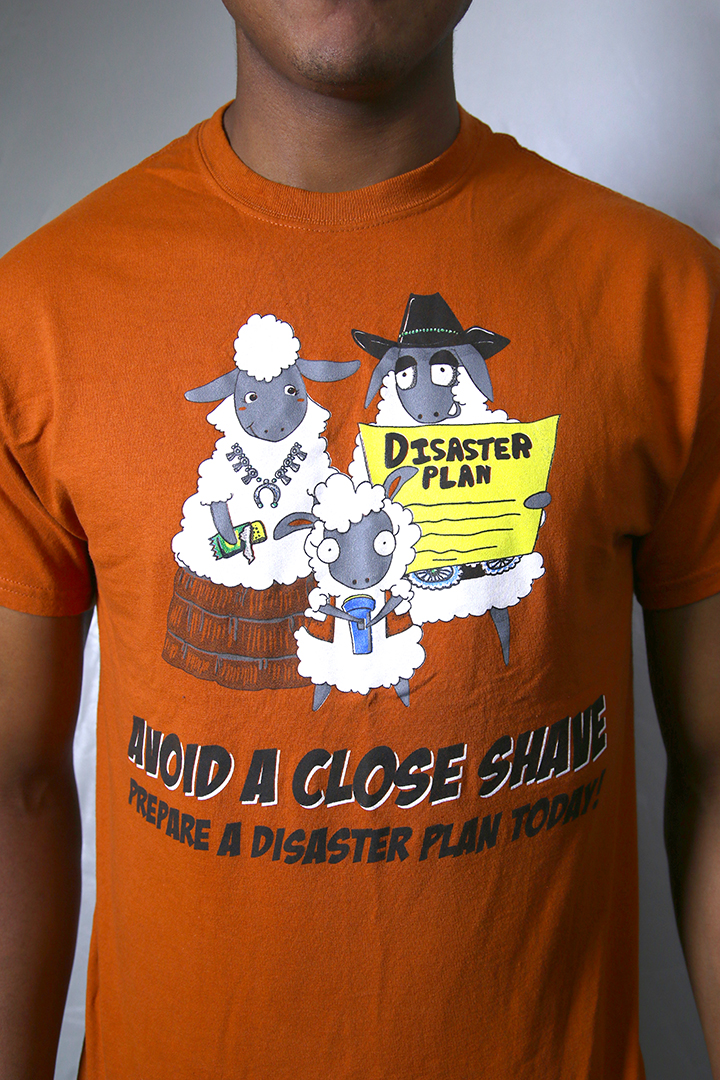 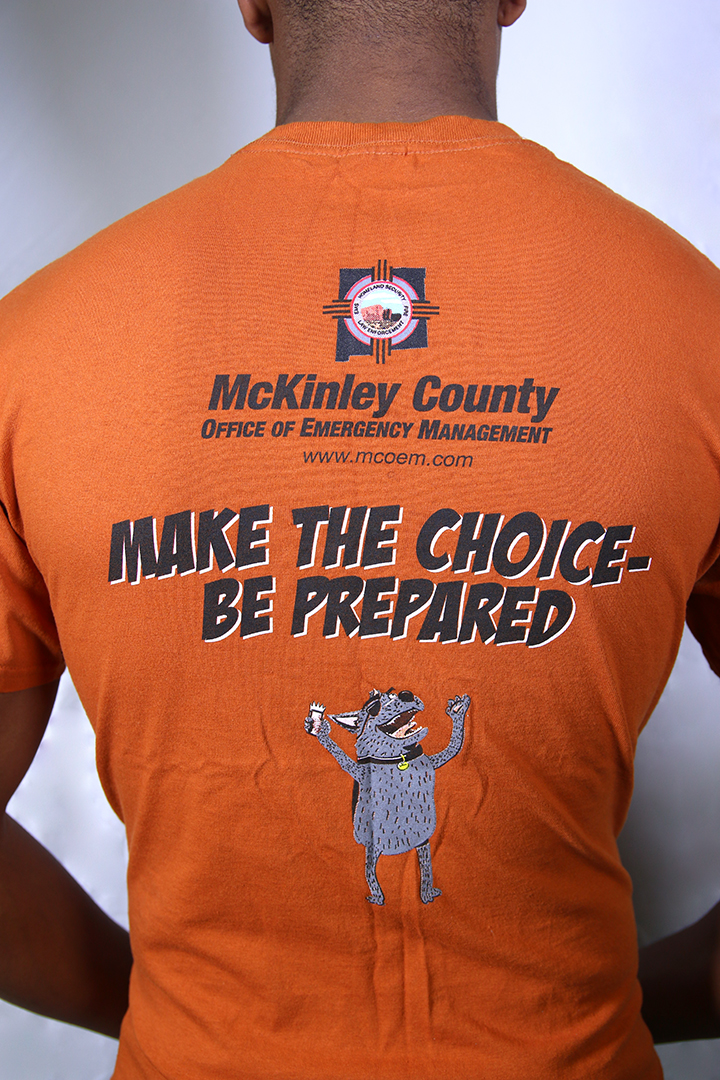 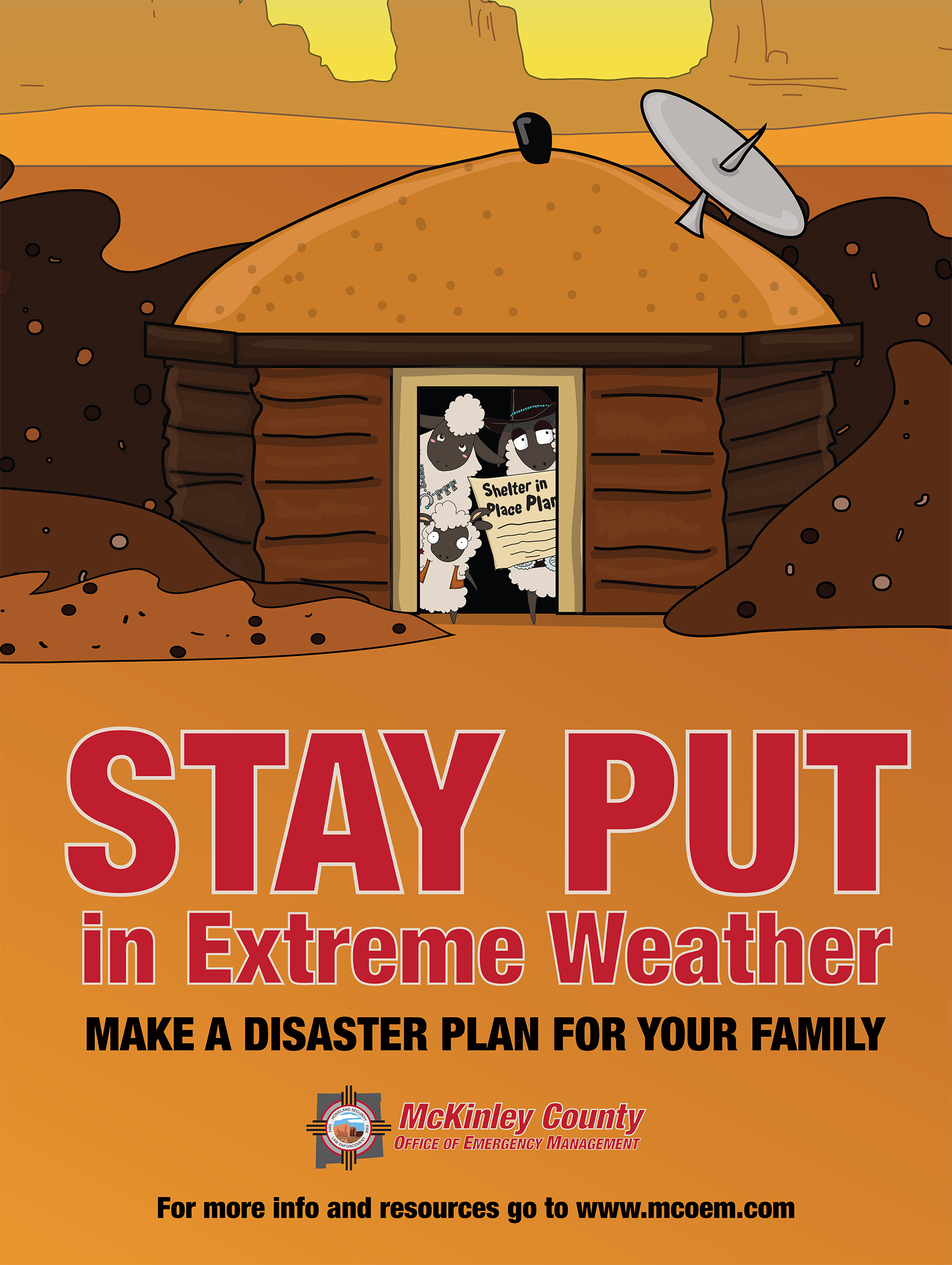 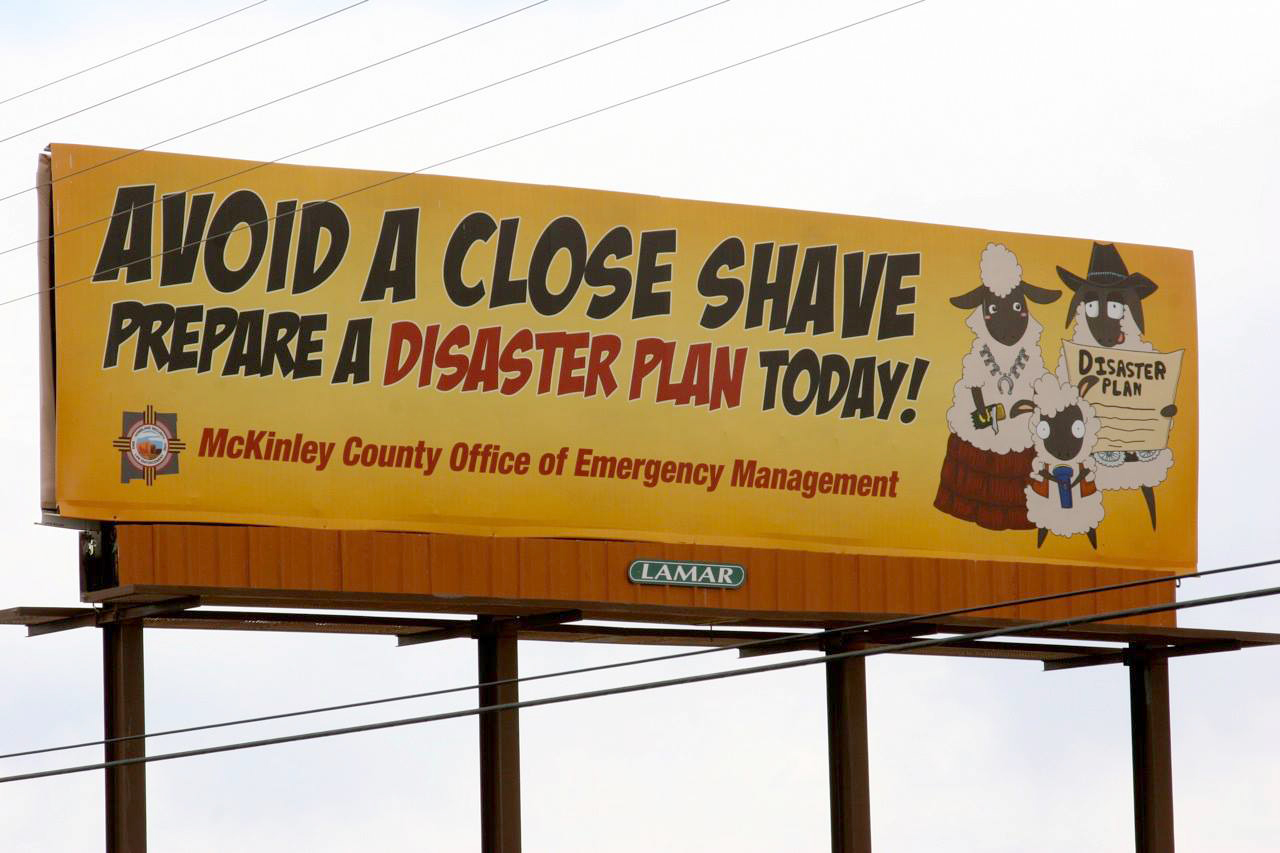 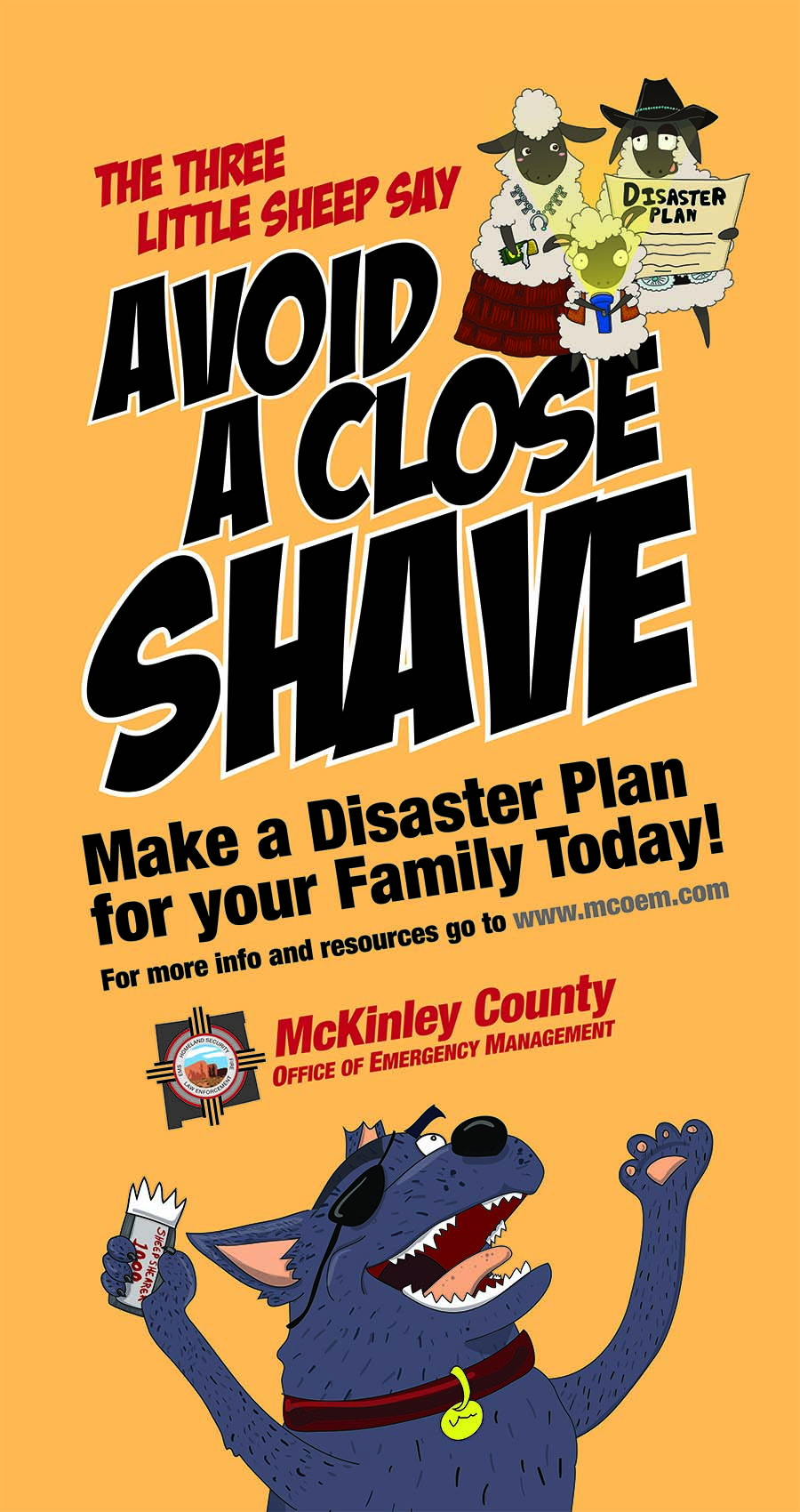