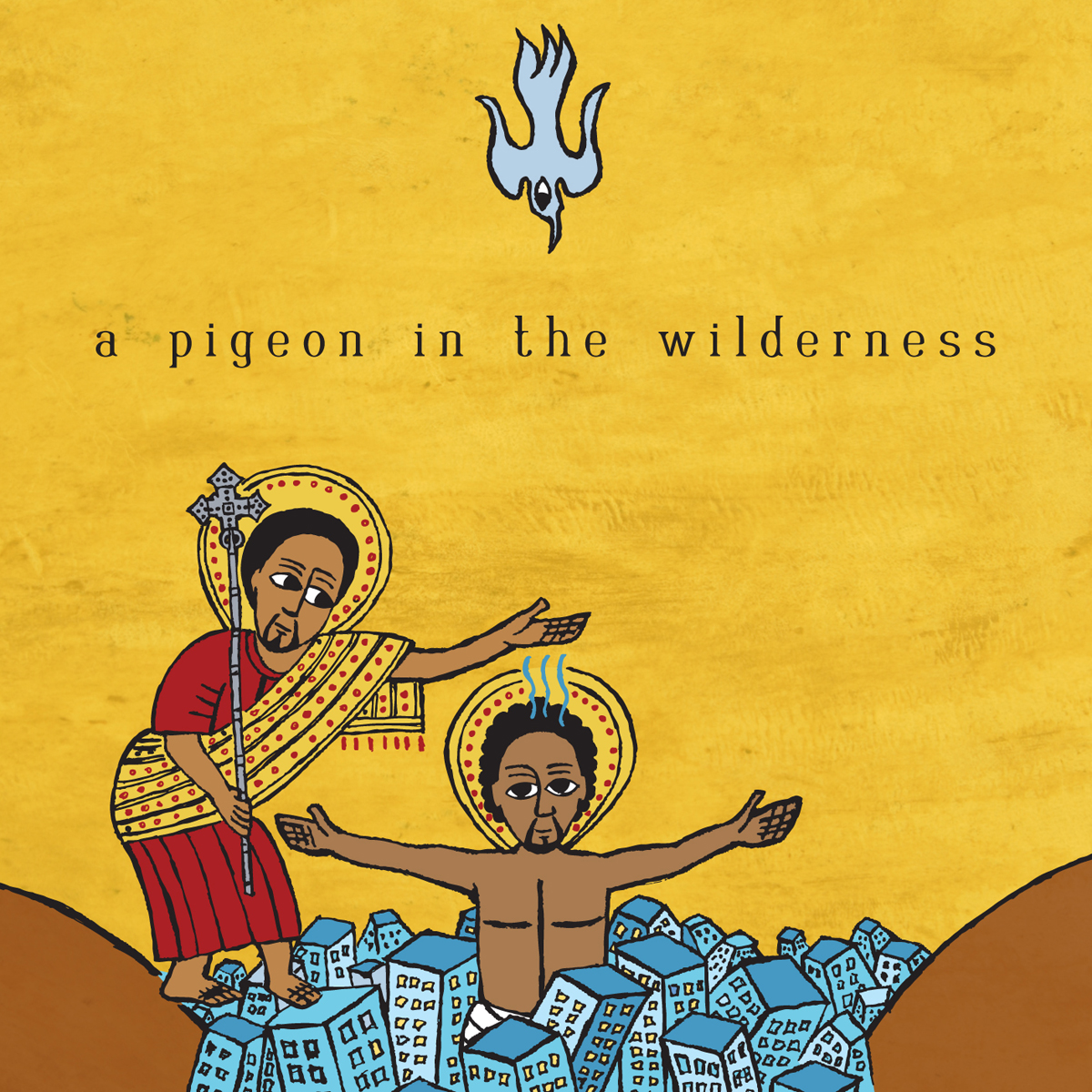 A Pigeon in the Wilderness

The original illustration and design employs an Ethiopian iconographic styling and depicts the Baptism of Christ with the Spirit hovering in the form of a bird with a human eye. Urban and desert metaphors are mixed: the dove is a pigeon, the mystery of water doubles as the “wilderness” and chaos of a cityscape, being simultaneously isolated, lost, and discovered in the very heart of civilization, which is both redeeming with community and being redeemed by its interaction with extreme holiness. It speaks to the sacredness of all things both marvelous and mundane.

The illustration was done in pen and ink, then scanned and colorized in the computer. 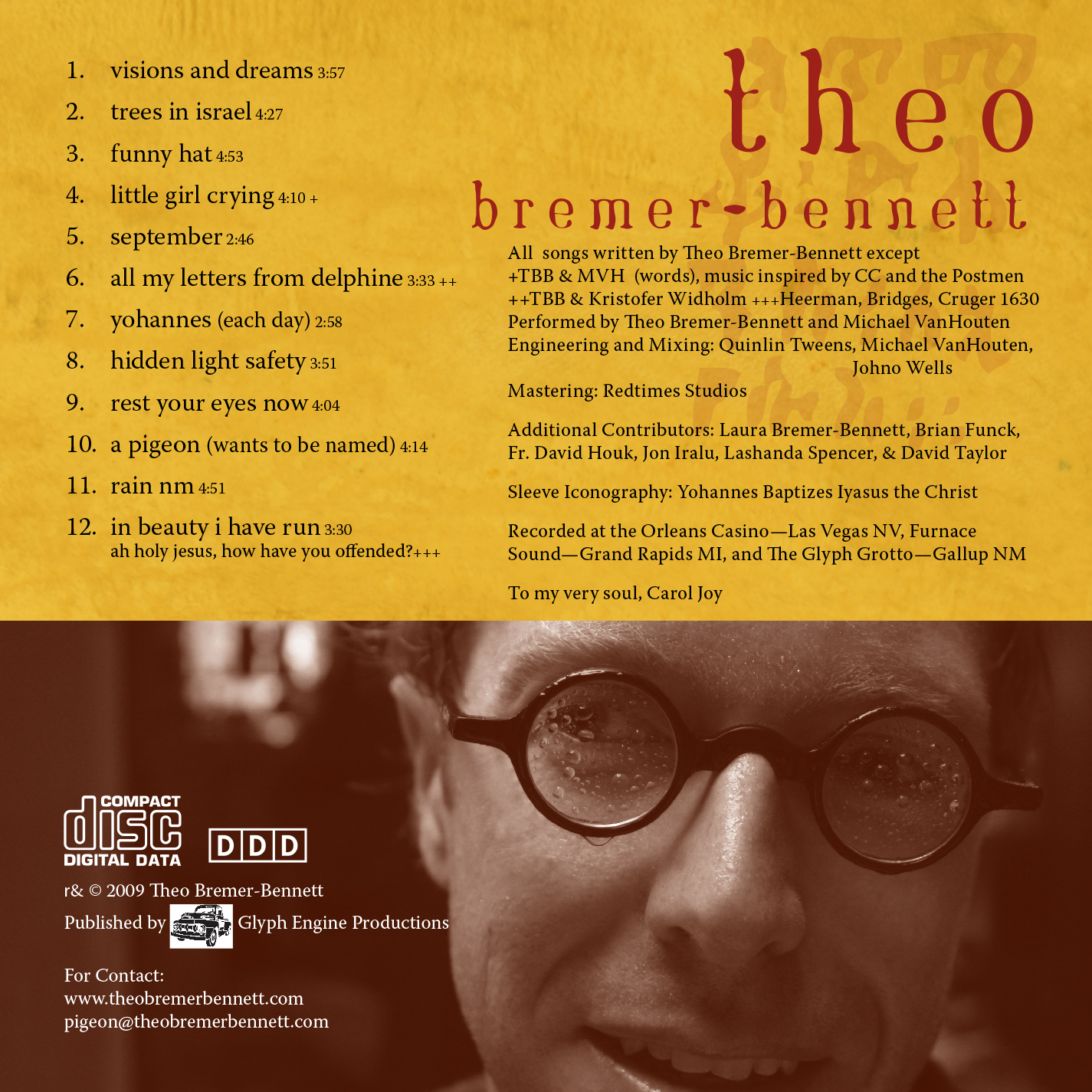 Hear the Music
← Take the Next Step Genuine Gallup Billboards →